Delivery agent Rohan Sahota, working for a courier company gets an ultimatum from his boss to get a 5 star rating or lose his job. But destiny fails him when a precious parcel, from a mother to her daughter, that he is carrying gets destroyed. Rohan’s zesty wife Geeta thinks of an impossible way to rescue them out of the situation that could twist the tale of their fate. 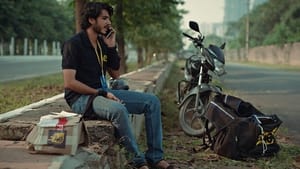 Warning: file_put_contents(/home/hdmoviea/public_html/dailytimesbd.com/wp-content/themes/dooplay-v.2.5.5/inc/core/dbmvs/cache/episodes_1.155098): Failed to open stream: No such file or directory in /home/hdmoviea/public_html/dailytimesbd.com/wp-content/themes/dooplay-v.2.5.5/inc/core/dbmvs/classes/helpers.php on line 719